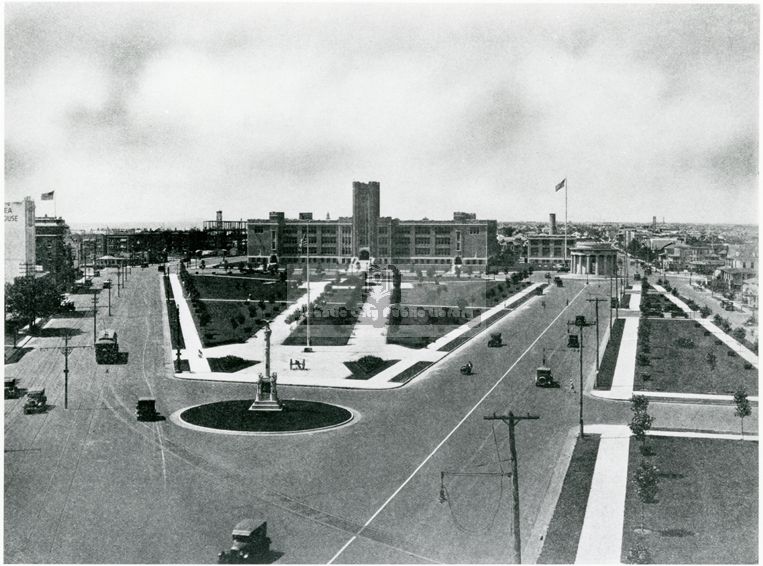 1920s. This view of Chelsea Parkway shows the World War I Memorial in the distance, as well as the Atlantic City High School, which was opened in 1923. The Soldiers and Sailors Monoment is in the foreground.(H009.ChelseaPark001 Alfred M. Heston Collection, Atlanitc City Free Public Library)

100th Anniversary of the Armistice Program

In 1907, the city of Atlantic City – in collaboration with Carrère and Hastings, the New York City architecture firm who famously built the mid-Manhattan branch of the New York Public Library – conceived of a plan to design a decorative monument. The project was delayed by the beginning of World War I. The City decided that the monument would be built in memory of those who served in the Armed Forces during the War, and in 1917 a site for the monument was purchased from the West Jersey and Seashore Railroad Company. On February 5, 1920 the City Commissioners passed an ordinance approving the appropriation of $150,000 in funds for the monument’s creation, and in April of 1920 another ordinance approved the creation of a Monument Commission. There is some discrepancy regarding the actual date the monument was constructed; however, the Greek Temple Monument, also referred to as the World War I Monument, was finally erected between 1922 and 1923. It was dedicated to the residents of Atlantic City who fought in World War I.

A service of the City of Atlantic City